Oocysts seen at high power.
6 µm X 6 µm. (About 1/6 the size of Eimeria oocyst shown in background).
Floats high against the coverslip. 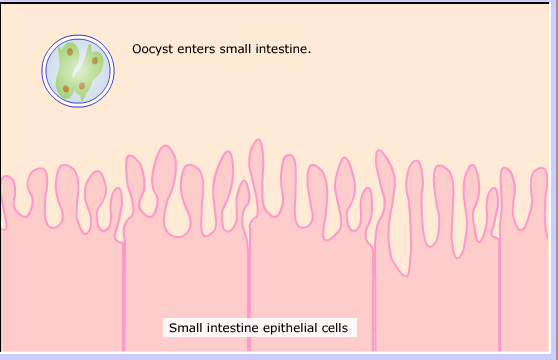 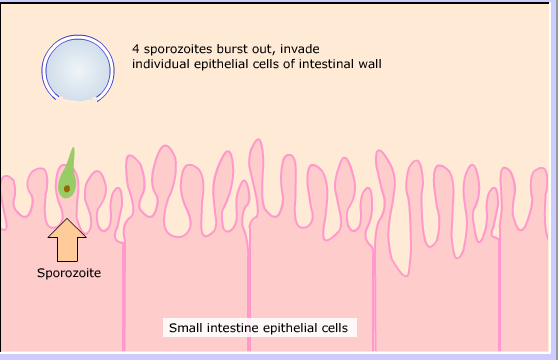 The sporozoite develops into a spherical trophozoite. 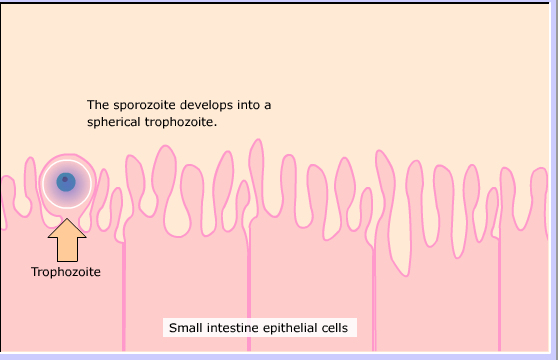 which develop into 6-8 merozoites. 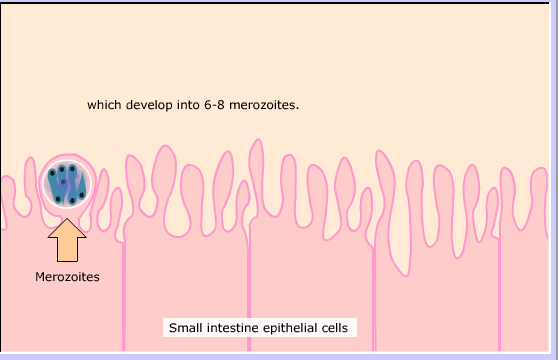 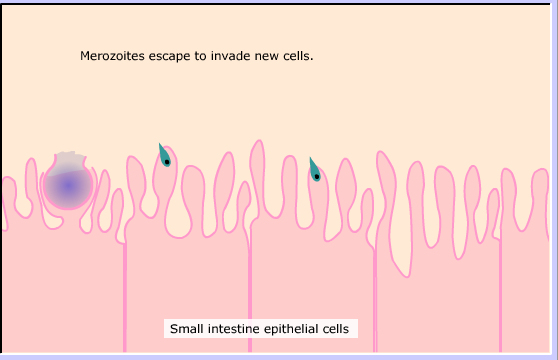 Can form more type I meronts 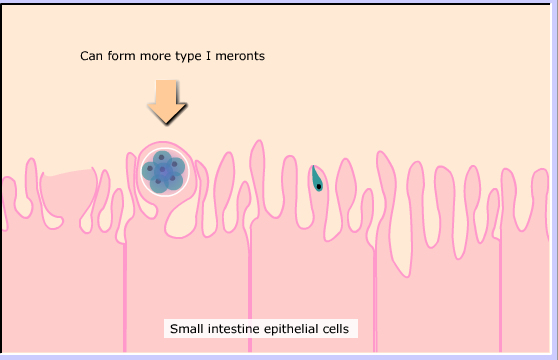 Or can form type II meronts. 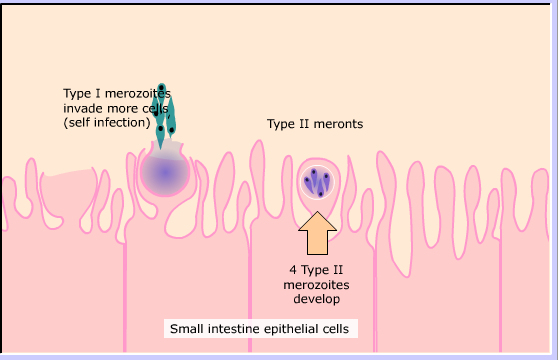 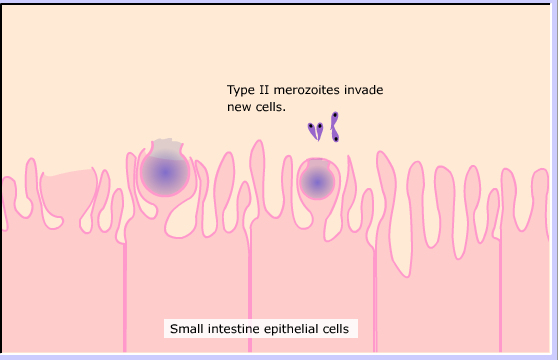 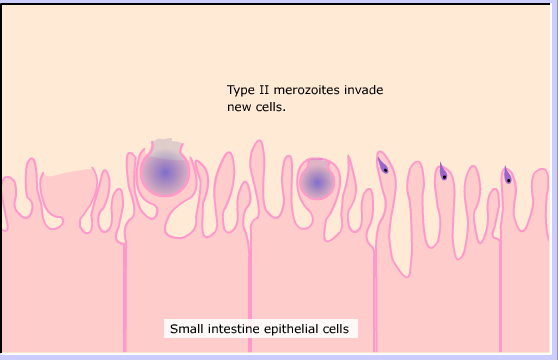 The merozoites differentiate into either male or female stages. 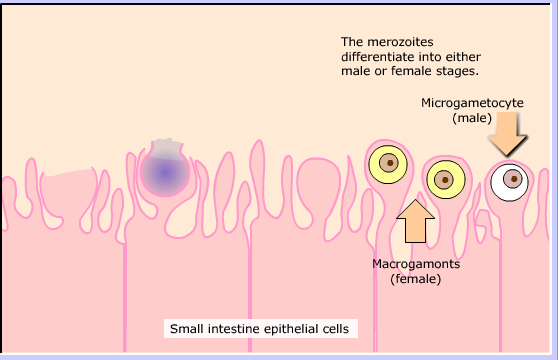 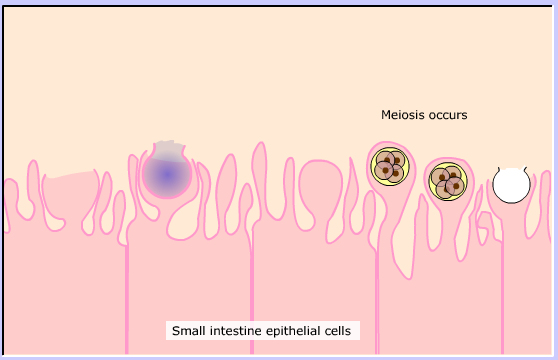 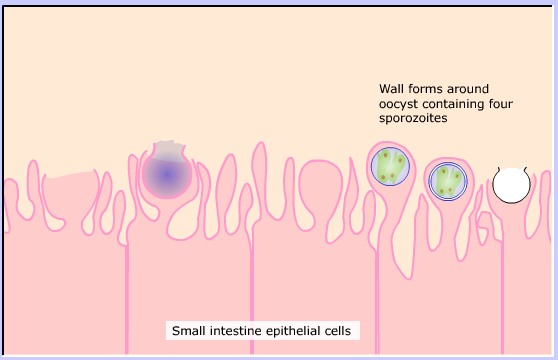 About 20% are thin-walled oocysts which reinfect more cells (second type of self infection).
Millions of thick-walled oocysts passed in the feces to infect another animal.

The parasite affects mostly very young animals of most species
causing severe or fatal diarrhea lasting several days or longer.
It can infect humans of all ages.
Other than supportive care, there is no effective treatment.
Exposure can result in full or partial immunity.